Many things in life are comfortable assumptions, like night or day, green light or red light, and a massive crater in the middle of a desert created by a meteor.

About 50,000 years ago an unbroken stretch of the flat desert landscape was suddenly disturbed when a meteor streaking across the day or night sky at 26,000 miles per hour impacted with the desert floor with such force to create the impressive crater. 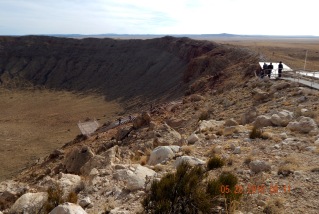 Pieces of the meteor crater have been analyzed as a composite of iron-nickel, and the meteor was about 150 feet across and weighing several hundred thousand tons impacted with the explosive force of more than 20-million tons of TNT.

The shock wave swept across the landscape clearing everything in its path. As the meteorite penetrated the rocky surface, the pressure rose to over 20-million pound per square inch with rocks vaporizing and melting, with an enormous volume of debris fragmenting and ejected from the impact area.

The photos reveal the result of the giant bowl-shaped cavity measuring 700 feet deep and over 4000 feet across. It is estimated that over 175 million tons of limestone and sandstone were thrown a mile away surrounding the crater.

For so many years there was such a denial of what is apparently the result of a meteor impacting our earth.

So the next time you are in the USA, in the great state of Arizona. Just head east along Interstate 40 past the town of Winslow Arizona, where the rock band, The Eagles made famous by standing on a street corner, and you will see the signs for the short drive off the highway to make a day of exploring the Meteor Crater 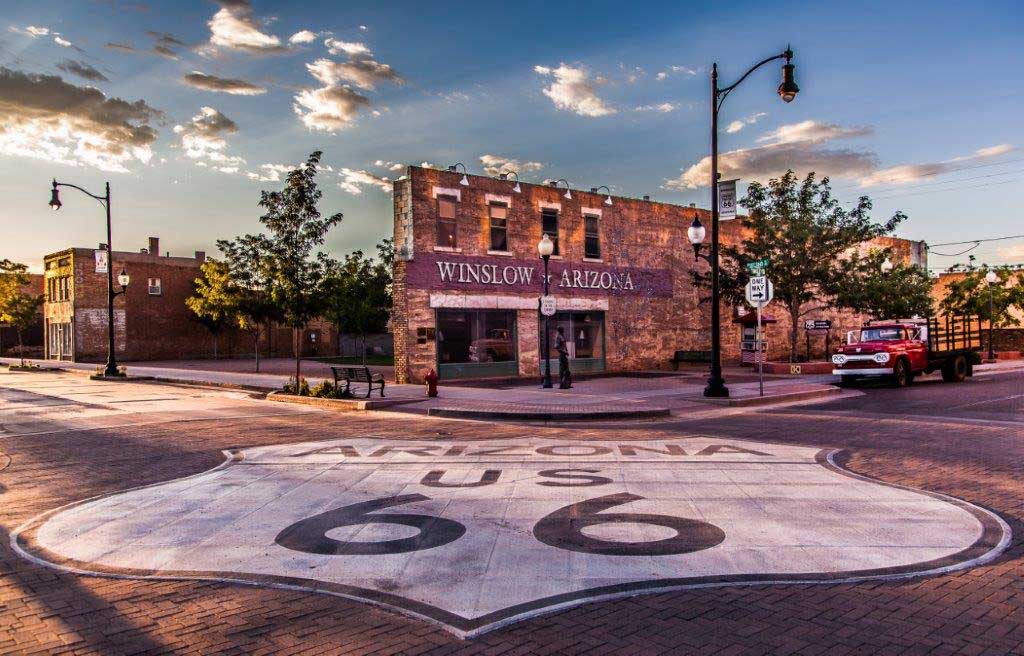 Thank you so much for your comment. :-) Cancel reply

This site uses Akismet to reduce spam. Learn how your comment data is processed.